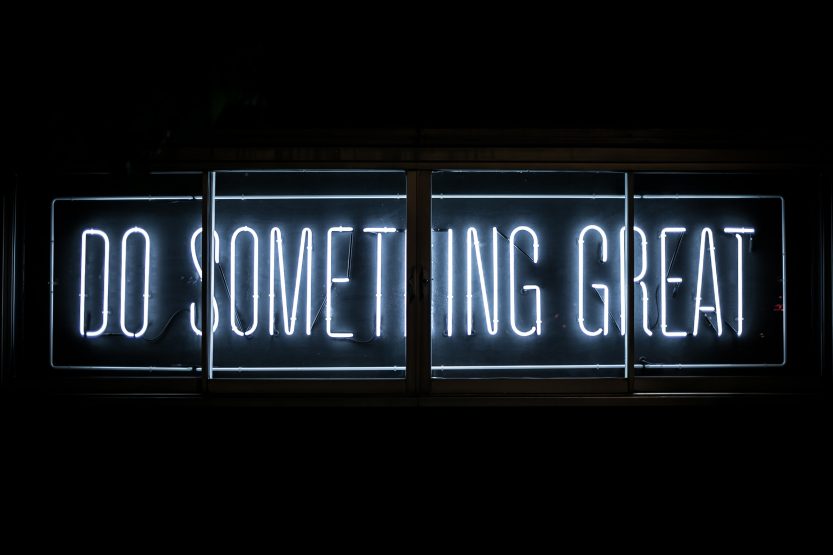 This is the second article of a mini series exploring how we can overcome the barriers that get in the way of great creative work. In the last article, I explored the elements that make creative work great from the perspective of the people who make it (account managers, writers, designers, strategists, and all other specialists that are so vital in that process.) The second half of the article outlined barriers and obstacles that, in professionals’ opinion, get in the way of great creative work.

Misalignment as the root cause

The biggest barriers described by the 47 respondents of the online survey were often associated with the “client” – and their lack of clarity, bravery, and knowledge. However, there was an acknowledgement that the complexity of the new marketing world as well as internal challenges around training and team diversity on agencies’ side are big hindrances, too.

Looking at the responses, most frustration and impediment seem to spring from a general misalignment (or a perceived misalignment) between the different parties that are supposed to work together in order to achieve great creative work: client partners and creative teams.

This article aims to explore ways of overcoming these barriers and create alignment between the parties involved in order to get to great creative work. As this entire little research project has been sparked during the preparation for a workshop on creative brief, it shouldn’t come as a surprise that it then particularly focuses on the role of the creative brief in that process.

All of the following suggestions and solutions are based on the responses of the participants of the online survey. (If you want to have a snoop around the data for yourself head here.) They can loosely be clustered into the following four areas: better beginnings, more clarity, better relationship management, and more diversity.

With a misalignment around ambitions being among the main causes of frustrations and ultimately creating most of the barriers that are in the way of getting to great work, it seems paramount to create alignment. From the very beginning. Between all parties.

The suggestions of getting there range from better briefings from clients, to more time spent on discussing and aligning on the task as well as everyone’s personal (or organisational) ambition for the project (see G3, G4, G5, G27)

“Challenging the clients to how we’d approach the brief in an interesting way that may deviate from their brief.”

To avoid disappointment, agencies and the involved creative partners should make sure that client partners are aware of what marketing and communication can do – and what they can’t.

“Clients need to be educated on what marketing is – all the time.”

Equally, agencies should put their time into building stronger cases for the true value of creativity in problem solving and how this will help reaching short- and long-term business objectives to ease their client partners into embracing (potentially) bigger creative risks (see G45, G41, G40.)

“Get [clients] to understand Binet & Field”

“Make a bulletproof case that creative work leads to better business performance in the long run.”

The second bigger topic that came up is a desire for more clarity. This should start with a focus on the “real” problem. It would enable everyone to focus their efforts on solving this single problem rather than getting distracted by having to tick too many boxes that either have been put in place by indecisive clients – or by overly complicated media plans that lack clear objectives (G16, G19, G38)

“Focus. To strike out all the stuff we don’t really need and tell the people that one thing what makes them special.”

“Reduce briefs to one single problem that needs to be solved.”

With the problem and parameters being clear, the next theme is all about the relationship between clients and agencies. Alignment should be created by establishing more trustful relationships with the clients, preferably with more senior stakeholders (see G14, G15, G22, G15, G44.)

The earlier these stakeholders can be involved, the better. Respondents often refer to them as “actual decision makers” – pointing, firstly, to a desire to get clear decisions early and often throughout the process. Secondly, raising the question whether companies are empowering their more junior marketing team members enough to make decisions.

To tackle some of the internal barriers called out in the previous article, participants call for more diverse teams and skill sets. This would help to tackle a well-defined problem at hand from potentially more unexpected angles (G23, G6). Beyond that, there is a general desire for broader, more diverse and unexpected thinking.

“Bring in people with wholly different perspectives. I.e., Artist in residence, someone from product design, etc.”

There are obviously different ways of tackling the above and create alignment between all involved partners on the way to great creative work. The creative brief – in whatever shape or form – being one of them, particularly in order to get to better beginnings and more clarity.

The following math exercise is purely for entertainment’s sake as the results are not even remotely statistically significant. But we all like numbers, even when they are devoid of real meaning. Creatives seem to place a tiny bit more importance on the creative brief (5.2 out of 6 on average) than any other discipline. Account managers ranked the importance of the creative brief lowest (4.6 out of 6.)

Creative reviews, working sessions with the external stakeholders (e.g. client partners, etc.), and the client brief have each been chosen 17 or 16 times. Unsurprisingly, the notoriously unpopular creative testing ranks last, with 9 votes (see image below.)

The role of the creative brief

When asked to select from a list the main role of a creative brief, most respondents think that a creative brief should “give clarity” (23 votes.) “Providing inspiration” and “set parameters” were both selected seven times, while “getting commitment” was chosen six times. The remaining four votes spread across “give instructions” and “other.”

Admittedly, the list I provided might have missed out on other, wider purposes that a creative brief could play, so I included the option to submit alternative suggestions.

One respondent thought a creative brief’s main purpose is “all of the above” (J31), while two others defined the main goal of a creative brief as either being a springboard that enables creatives to challenge their own limits (J37) or to provide insights (J14.)

“More than providing inspiration, it should be a springboard. A great creative brief lets creative challenge their own limits.”

Just because creative briefs are the most important step in order to get to great work doesn’t mean they always do. A look at the average ad break should be proof enough that most of them actually don’t.

Very often, respondents perceive the creative briefs they receive as too similar. This seems to be particularly true for creatives. In their eyes, they all seem to look and sound the same (K13, K37)

This seems partly due to the fact that the people who should ultimately relate to the work (the ‘target audience’ if you like) seem to be exactly the same in every single brief teams receive (K21, K23, K40.)

We need to address everything to everybody

On top of this, creative briefs are seen as often being too broad and not concise enough. Either, because they don’t contain a clear enough articulation of the actual problem that is supposed to be solved (K14) or because they are simply too long (K42, K41.) With length the risk of containing irrelevant clutter obviously increases (K35.)

“Too broad. Problem that we’re solving isn’t specific (or relatable).”

“Too much bullshit to cover that there is no clear direction yet.”

Not being specific enough unsurprisingly often leads to creative briefs being seen as written without real insight. (K19, K26, K27)

This clutter of information lacking insight and inspiration is then often perceived as putting up too many guardrails, that don’t allow creatives room to think (K4.) Interestingly, thought starters are seen as one of those guardrails. Perceived as “extra strategy” creatives feel they sometimes are boxing them in (K25.)

Others, however, find that creative briefs don’t contain enough (crucial) information. Information that, when unavoidably added at a later stage in the process, then potentially derails the process (K10.)

How to make them better.

The language that is used to write creative briefs has a massive impact on how they are perceived. Spending time to avoid jargon and marketing speak is the first step to make every brief indefinitely better – and also avoids a common complaint about all of them sounding alike or being copy-and-paste jobs from client briefs (L20.)

Confining the creative brief to a single page is deemed helpful in terms of focus. All the teams want from the document (or the process) is the one thing they need to say or crack – combined with the one human insight that gives them leverage to do that (L8, 13, L14, L27, L39)

“Make it one-page. Idea could be (and should be) condensed to a single sentence. Similar could be done with the brief.”

What is seen as helpful in order to get to great work from creative briefs is being clear in the objective and also what success looks like. Not just necessarily in terms of KPIs but also in terms of examples (L4, L24, L46.)

Across disciplines, respondents keep suggesting that in order to get better work from creative briefs, the responsibility for those briefs should be equally shared among creatives, strategists and the entire team (L19, L30, L32, L33, L44.) Related to that, there are suggestions to, ultimately, then create alignment and commitment through some sort of sign-off process – within the team and with the client partner (L26, L32.)

Take them as a tool, not as gospel.

No discussion of the creative brief can be complete without the suggestions of abolishing the briefing template in order to get to better creative briefs (L34, L36, L37.) Some respondents, particularly strategists, point out that briefing templates always lead to templated thinking (K38) and gets planners to just try to fill out all boxes (K12.)

The impossible, incredible value of the brief

What is becoming very clear after going through all the responses is that it is impossible to get the creative brief right. They are either too strict or too vague. Which, on further thought shouldn’t be a surprise, as they are the first time when different ambitions clash: the client partner’s internal mission, the strategist’s point of view, and the creative team’s interpretation. And this is exactly why creative briefs are so important: they are the starting point of a continuous exercise of creating alignment. Should this be their sole purpose? Probably not. But they are seen as a great source of clarity.

This seems to be reflected in the fact that the brief’s theoretical value and contribution to the creative output is unanimously recognised by the vast majority of respondents. The key is keeping the time of alignment to a minimum, so everyone can spend the majority of their time crafting the output: great creative work.