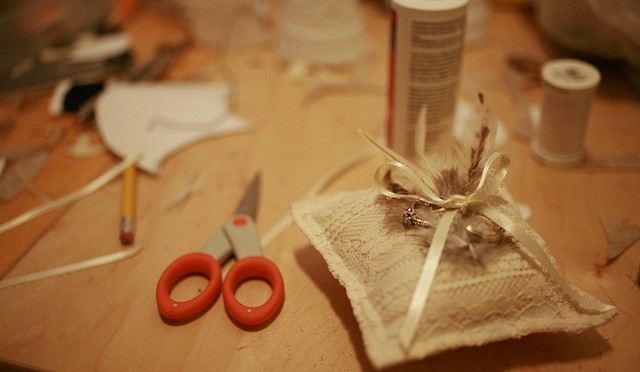 Two weeks ago I attended the wedding of my cousin. I expected to hear a lot about love and faith and relationships. What I didn’t expect was hearing about brands.

Most of you have probably heard of the lovemarks concept, introduced by Kevin Roberts some 12 years ago. That book made me think about the power of brands and ultimately got me into advertising. Over the years I somewhat dreaded how everyone got obsessed with their brand having to become a lovemark – a brand people were loyal to beyond reason. On the way they seem to have forgotten that it takes a whole lot more than wishful thinking to achieve that.

Along comes the priest. Not only did he wed my cousin to her now husband. In his sermon he also casually adjusted my believes in love as the core of everything: “At the core of love is respect and esteem.” (I’m a little bit worried what the fact that I immediately thought about brands and advertising tells about my personality…)

It was a nice little reminder. If love is what brands want, they have to earn the respect and esteem of their customers. And, more importantly, they have to respect them. Love is based on mutual respect. Only then the relationship could develop into something truly “beyond reason”.

Back home I leafed through Robert’s book. The chapter number 5 is all about respect: “Respect is one of the founding principles of Lovemarks.” (p. 60)

Respect is a “feeling of deep admiration for someone or something elicited by their abilities, qualities, or achievements”, says the Oxford Dictionary. Respect is not earned by talking big but by doing big; by showing commitment and being true to your principles. Respect is also about empathy; about understanding and valuing what is important to your opposite.

And commitment and principles is what is lacking all too often. Everything has to be effective immediately. Clear choices are being avoided. And the customer is always everyone potentially willing to buy. Earning some respect, however, sometimes includes saying No.

So the next time some briefing wishes for love, ask if the client if they are really ready to commit and respect their customers. In good times and in bad, in sickness and in health.